Skills as Rites of Passage 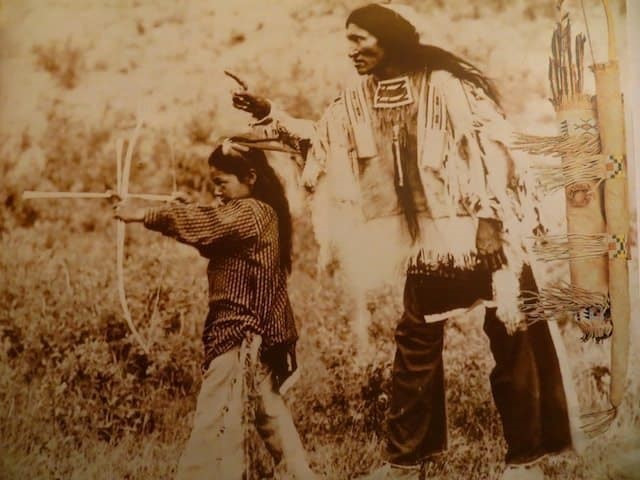 Skills as Rites of Passage

“Our games were feats with the bow and arrow. We had foot and pony reaches, wrestling and swimming. We imitated the customs and habits of our fathers.”  – Charles Eastman (Ohiyesa), Wahpeton Dakota

A very good friend and one of the most intelligent people I know, Tuhan Tom Kier did a podcast recently that hit on one of my favorite topics: The loss of meaningful rites of passage from our society.  It got me thinking about the rites of passage I went through and that I have attempted to provide for my children.

First of all, a right of passage is a ceremony or rite that demarks a transition from one stage of life to another.  It is a way of reinforcing the cultural traditions that give a society cohesion.

Some examples of rites of passage in native cultures are things like the first hunt, the vision quest, the pipe ceremony.  In Apache culture, a young girl had a three-day celebration when she came of age. A young Lakota would do a vision quest. As he got older, he might do a Sundance.  I use these as examples. Nearly every culture has these rights of passage. They are cultural markers of moving from childhood into adulthood, from one phase to another.

“The first gift I received from my father was a bow and arrows. He made them himself. He painted the bow red, which signified that he had been wounded in battle. I was very young at the time, so the arrows were fashioned with knobs on the end, instead of the sharp points. The bow was not a strong one to pull. That bow and arrows was the beginning of my Indian training. It was to be my weapon in war, and was to get my food for me. I always kept it near me.”

Many religions have these rites: First communion, Bar Mitzvah, Baptism.

Growing up, I remember getting my first pocket knife.  I remember my first rifle. I remember going on my first hunt.  These were symbolic as well as practical. My father did not care for camping, so my camping and hiking experiences came through the Boy Scouts.  I remember being handed a 50 Miler patch for a week long backpacking trip that covered 60 plus miles. It was an important marker to me, one I still treasure.

My troop had a dubious award called the Bloody Axe award,  It was a travelling award that went to a member of the troop who managed to accidentally draw blood with a knife or an axe.  No one wanted the award, but we all earned it at one time or another. If you use a knife, eventually you will get cut. This just recognized that fact in an amusing way.

We mark graduations, certain birthdays with special celebrations.  A big one for me was turning 16 and getting my driver’s license, a ritual oft repeated today.  Turning 18 meant I could choose to live on my own (I didn’t leave home for another year, but I remember celebrating the freedom to do so). 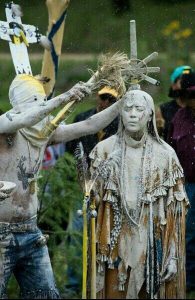 Sometimes the rights mark a transition, other times they transfer important information to the initiate.  Giving a child a knife would be irresponsible if the accompanying training in how and when to use it, is not transferred as well.

So why do I bother mentioning this?  Because rites of passage are slowly being eroded in our society.  Some are abandoned in the

name of political correctness, some as people abandon the institutions that provided them. I believe it is vital to make sure we enact these rites of passage with our children.

When each of my children turned 8, they got a Mora knife.  When the boys turned 12, they each got a .22 rifle. Accompanying these gifts were the training necessary to use them.  Lest any of you think I shorted my daughters, truth is,I just didn’t think of it with them. They were older and we lived in gun un-friendly New Jersey.  But I tried to make a conscious effort to note transitions with all of them. First date, special dinners on birthdays..

What the rites of passage accomplish is to integrate the individual into the family, the tribe, the culture, the society.  As the institutions fail to do them, we need to pick up the slack. When we fail to do them ourselves, some kids will seek them out on their own.  Gang initiations for example take the place of healthy rites.

Some may accuse me of propagating toxic masculinity with my boys.  Guilty. But both my sons and daughters learned the same survival skills, to shoot, use a knife, butcher an animal.  I defined these as survival skills not “man” skills. And I made them ritual rites of passage.

We need social cohesion now more than ever.  Define your tribe, be it your family, your friends, social group, community, religion.  Then celebrate the transitions with rites of passage.

Kevin is also an expert in military Scout Skills, Land Navigation and advanced outdoor survival skills. onPoint Tactical, LLC has been in operation since 2004.