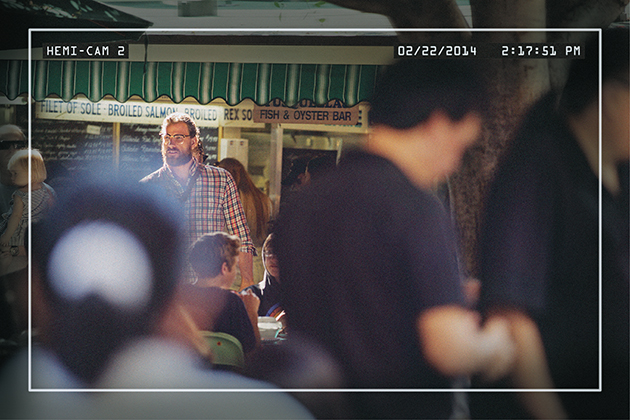 In a flash, one of my captors whipped a sack over my head. I heard the sucking sound of duct tape. He looped a strand around my neck, and then another several times over and around my wrists. It happened so fast that I barely had time to panic.

Then my unseen assailant tilted my head back. I felt water running down the hood, and when I inhaled I sucked in wet cloth. Some primal switch inside me flipped. My heart rate skyrocketed, adrenaline surged. Through the hood I saw a flash of blue and heard what must be the last sound an insect hears when it flies into a bug zapper. I felt the stun gun on my shoulder, followed by a bolt of pain. It was then that I screamed.

“Journalist, huh?” It was a second man’s voice. “You here to write bad things about our coup?”

He zapped me again. And again. I was starting to hyperventilate. I had to stop the spiraling panic, to get control of my breathing: four counts in; hold four counts; four counts out; repeat. It was startling how quickly it worked. Within minutes, the stun gun hardly bothered me at all, eliciting only a brief shudder.
“Doesn’t look like he’s gonna talk,” said the second man. “Let’s go.”

A moment later I heard the door open and close. Hoping to gauge whether anyone was still in the room, I offered to show my press credentials. Silence. I needed to get away. In a kidnapping scenario, if you don’t escape quickly, things are likely to get worse.

I lost a minute or so fumbling with the tape around my neck, which was too strong to tear with my hands bound. So I stood and shuffled forward until I felt the wall, then followed it with my fingertips until I found a corner edge. I put the corner between my wrists and began rubbing up and down, trying to create enough friction to burn through seven layers of tape. It took about 10 seconds. I removed the sack from my head and took an extra-deep breath.

I was in a hotel room. I opened the door, looked left and right, then bolted down a pathway that cut through a courtyard. I burst into the main lobby, past a crowd of startled onlookers and into the bright light of a Los Angeles morning. A commercial airliner roared low overhead. I took a few teetering steps, then dropped to my knees until I gained some semblance of composure.

HARD TO believe, perhaps, but people pay good money to experience this sort of thing.

My kidnapping ordeal was part of a so-called Urban Escape and Evasion course, a training program run by the New Jersey–based outfit onPoint Tactical, whose clients have included Navy SEALS and special ops forces from various federal agencies, as well as regular folks like me. I’d spent the previous two days in a hotel conference room, studying everything from how to pick locks to “social engineering” (persuading strangers to do stuff for you). For the simulation on the last day of the three-day course—which runs roughly $800—I put my newfound skills to the test as the object of a simulated manhunt that had me making my way on foot across L.A.

It sounds crazy, like the 1997 Michael Douglas film The Game, but to some thrill seekers, the course offers a rare opportunity to tap into their dormant survival instinct—not to mention their teenage fantasies. “There’s something about being a guy where you want to be a superhero,” said Neil Strauss, who took the course as part of the research for his 2009 best-seller Emergency: This Book Will Save Your Life. With onPoint’s courses, he added, “you get to be Jason Bourne. You get to be James Bond.”