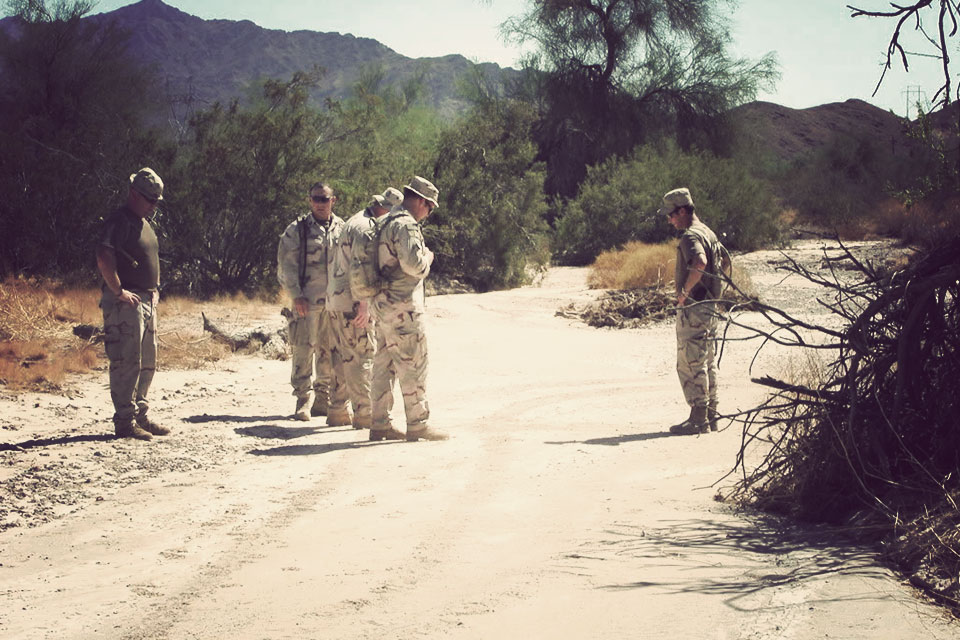 They were highly skilled cavalry, far superior on a horse to the US military. But what distinguishes the Dog Soldiers was their aggressiveness in battle. One key tradition was to dismount in the middle of a battlefield and fight on foot. They wore a long breechcloth, about 50 ft in length. Once on the ground, they would pin the end of the breechcloth to the ground with a Sacred Arrow. Once pinned, they fought within the range of movement allowed by the breechcloth. According to their creed, they could not leave that space until the battle ended, or they died.

What courage that required. To stay and fight or die. No matter what. They were ferocious fighters who struck fear into their enemy the Crow. And their battlefield combat skills meant death to many a US Cavalry soldier. They were particularly adept at dismounting Cavalry.

The Dog Soldiers fought bravely and did much to slow the advance of the US Army into Kansas, Nebraska, Colorado and Wyoming. However, they lost a war of attrition. For every US Soldier killed on the battlefield, there were 100 to take his place. Every Dog Soldier killed was irreplaceable. Before the end of the 1860s, they ceased to be an effective fighting force.

Contrast this with the Apache Scout. A fierce fighter, and known for incredible battlefield skill, the Apache can be said to be the reason there was so little resistance in the US war with Mexico in 1846 – 48. The Apache had over the previous thirty years depopulated the entire area several times. Led by the great battlefield chiefs Cochise and Victorio, Apaches raided mercilessly on the Mexican settlements that dotted the area. This was said to be in retaliation for the enslavement of Apache to work silver and gold mines.

Once America annexed Texas, New Mexico, Arizona, and California, the Apache turned their attention to the new American settlers, which did not end well for the settlers. This brought about several campaigns by the US Army under several Generals, most famous and most effective being General Crook.

Asymmetrical warfare says that when you are fighting an enemy that has superior manpower and materials, that you must never engage in traditional warfare. All attacks must be non-conventional.

Once they started fighting the Americans, the Apache came to realize that they were fighting an enemy with endless resources. If they killed US soldiers, more showed up. If they killed them, more showed up. So they developed a strategy that involved avoiding direct confrontations, in fact, it avoided any confrontation that was not heavily slanted in their favor. They developed the ability to move through their environment without leaving a trace of their passing. They avoided confrontation. What? The most fierce and hated fighters in the entire Indian wars avoided confrontation? That is correct. They has special warriors, known as Scouts, who provided long range reconnaissance patrols that identified the location of the enemy and allowed the Apache to avoid them.

A direct confrontation between a US Cavalry patrol and an Apache warrior band would lead to the death of several US soldiers. They were not particularly well trained and frankly, to be assigned to Apacheria meant you did something somewhere to irritate your command. If that same confrontation led to the death of even one Apache warrior, then it was too high a price for them to pay.

Let me give an example. On his last breakout from the Reservation at San Carlos, Geronimo too 33 warriors, and 100 women and children. He cut a swath of violence through the southwest as he fled towards Mexico. At one point, the US Army put ¼ of its entire troop strength into the field (250,000 soldiers) to capture 33 warriors and 100 women and children. And to no effect. Geronimo was NEVER captured. He eventually got tired of life on the run and surrendered. But do not think for a minute that he could not have maintained himself in the field and eluded the enemy indefinitely.

How was he able to elude so many soldiers and civilians trying to engage him? By avoidance. By not engaging the enemy where he is strong.

The Apache fought, but on Apache terms. He needed three conditions to engage. One, numerical superiority. Without 3 to 1 numerical advantage, there was no engagement. Too high a risk of losing one of the 33.

The second condition was the element of surprise. Without surprise on your side, it is not an ambush, but rather a firefight. They did not like firefights that put their men at risk.

The third element was extreme violence of action. They hit hard, they extended no mercy, and they moved on. Without these conditions, they just moved on.

The combination of these three tactics assured for the most part, that they were successful. In Geronimo’s last run, he surrendered with 33 warriors and 100 women and children. The exact same number he started with.

So at this point I am going to state the obvious. The Apache survived their wars far better than the Dog Soldiers. Were the Apache less brave because of the way they fought? I would not think so. For them, dying on the field of battle was an indication of failure not bravery. They lived to fight another day by avoiding most conflict. There were no “it is a good day to die” speeches. Was this cowardice? I would not want to meet Geronimo and call him a coward. He was a guerrilla in the classic sense.

Why this now? Hopefully the obvious is clear. The skills of the scout may well have application in our future as we see the decline in our civility. We may have to avoid rather than confront enemies. I hope not, but…